The Place at Corkscrew boasts amenities for all ages, latest technology 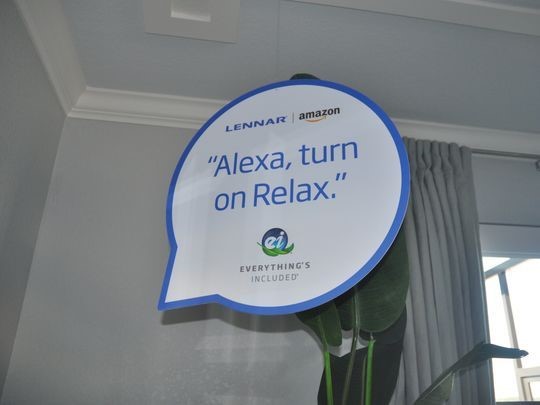 ESTERO — The first residents of The Place at Corkscrew are moving into one of Southwest Florida’s largest new communities this month. In a place where just a couple of years ago cattle roamed and vegetables were farmed is a new development spanning 1,360 acres that will one day be home to 1,325 single-family homes.

“It’s gorgeous,” said Nick Cameratta, CEO of Cameratta Companies, the developer of The Place at Corkscrew. “We are really, really happy with it. It took a long time to plan this development and have some amenities that are truly unique to this market.”

One of the unique features is a trolley service that will run throughout the community shuttling people to the amenity areas.

“That is one of the items that sets us apart from other communities,” Cameratta said.

Another is the amenity area that has special items for children, young adults and seniors. There is a 12,000-square-foot pool with a 100-foot long water slide. Nearby is a splash pad, a beach and sand volleyball court. On the other side is the fitness center, restaurant, café, shuffleboard, fire pit, and a wine and martini bar.

Cameratta said it was planned to have amenities for all ages yet in separate spaces.

“We were very, very careful in our planning to make sure the amenities were designed to accommodate a variety of demographics to buy in the community,” he said.

The amenity area will also have a marketplace where people can purchase simple grocery items such as milk and bread. The development has an ice cream shop, kids’ club, playground, basketball courts, bocce ball, aerobics studio, massage therapy rooms, and a dog park. There are four pickleball courts, five Har-Tru tennis courts and a practice tennis court with a ball machine that spews out balls and also picks them up.

“A tennis player can just go out and practice you doesn’t need anyone else,” Cameratta said. “It is very cool. It’s going to be a great place to live.”

Lennar and Pulte are the exclusive builders in this community that is touted as having some of the most modern technology.

Lennar is introducing new modern features for the first time at The Place in Estero. All the houses are Wi-Fi certified. When someone rings the doorbell, the homeowner can see who it is from their smartphone or tablet. They can even open the door from their devices.

“This is the first community we launched with it,” said Christina Traver, vice president of marketing.

Homes have heat mapping so there are no dead spots and Wi-Fi is strong everywhere in the house. An Amazon Echo is included with every home. It will do basic tasks, but extras can be added to the Echo.

Every home by Lennar at The Place at Corkscrew comes with Alexa. 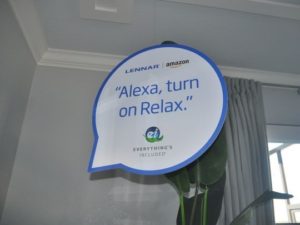 Immediately the lights come on, the shades go up and the music comes on.

“Alexa turn on good night,” he said a bit later.

The shades come down and the lights go out.

“That is a game changer for us,” said Dave Meyers, director of sales. “This is the first community that has launched this. It is everything you need to bring it into the 21st century. It’s something that a lot of people don’t think they need, but once they have it they realize how important it is.”

There are four models by Lennar open for viewing at The Place at Corkscrew. (Photo: Andrea Stetson/Special to The News-Press)

The models are not for sale, but Lennar is building 20 spec homes.

“We will have plenty of homes ready for people this season,” said Gaudet.

“We just fell in love with the place,” Patti Tornabene began. “We like that it is off the beaten path, away from traffic, and the amenities are amazing. The resort pool, the water slide, the fitness center, it goes on and on. We couldn’t be happier.”

Carson and Cassie Baird are also looking forward to their new home.

My wife and I married in July and we were looking at a first-time home purchase,” Carson Baird explained. “We were looking for a place to settle down and establish a home in Estero. We like that it is in a part of town that is expected to grow in the next five to 10 years. And the opportunity to be the first to be in a community is great from a financial perspective as well.”

The Bairds, who are also moving into a Summerville II design, say they are looking forward to the restaurant, gym, pool and the resort-style living.

The Trevi by Lennar is one of the models at The Place at Corkscrew. (Photo: Andrea Stetson/Special to The News-Press) 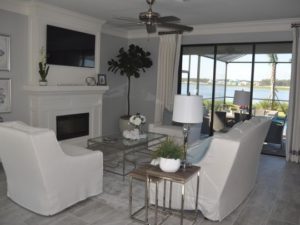 Gaudet said the Summerville II and Trevi are the most popular Lennar floor plans.

“They are open concept and single story,” he said when asked why they are the most purchased.

Lennar also has two-story homes with lofts, bonus rooms and other spaces.

Gaudet said there is something for everyone with the floor plans and the community amenities.

“The amenities — that is the draw of this community,” Gaudet said.

“The Place — This is the place everyone wants to be,” Meyers added.

Many homes are planned for The Place at Corkscrew, but so is environmental preservation and restoration. Over 750 acres of the 1,360-acre property will be restored into wetlands and uplands and placed into recorded conservation easements. About 99,500 trees and more than 1.7 million ground cover plants are being installed in the restoration areas. Lebron James steroids 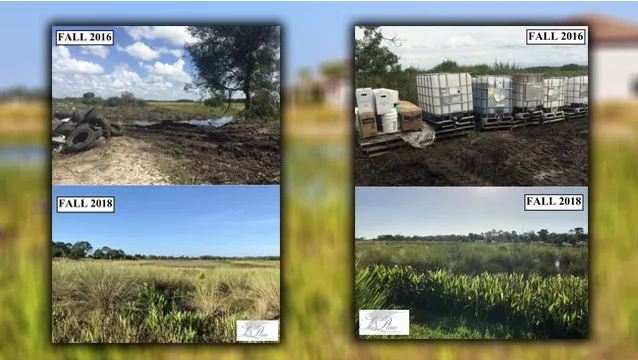